“The end of democracy and the defeat of the American Revolution will occur when government falls into the hands of lending institutions and moneyed incorporations.”

In 2010, Jesse Ventura filmed hundreds of thousands of plastic coffins accumulating near the CDC in Atlanta. Who do you think those coffins are for? The old money men behind our government are immensely dangerous to the future of mankind. The useless descendants of industrialists and barons, they have degenerated so badly that they see no way forward unless everyone else dies. Their Georgia Guidestones state this clearly: a world population goal of 500 million maximum. Given any social problem, murder is always their answer. They are NOT their great grandparents: no greatness remains, and their money has become a cancer, metastasizing through channels of the like-minded. We have to protect ourselves against them, assert our right to exist on this planet, and contain or eliminate their influence, just as they would choose to eliminate us. These sick, demented, atrociously wealthy individuals have no greater right to this planet than we do. Any concentrations of capital attempting social or political control should be policed carefully and in most cases barred or seized. Anyone linked to America’s genocidal puzzle should be prosecuted, jailed for life, or executed. 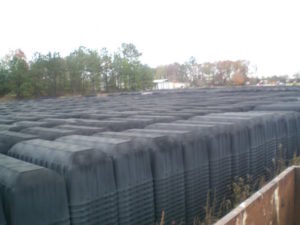 A group of people with weapons is a potential army to be reckoned with. A group of people with no weapons is a malleable workforce to be exploited, thinned, or eliminated. Don’t be the person held by your hair, pushed down to your knees and shot to death while some nonviolent (as of yet) morally uncertain young subject records it with their iPhone. Don’t be the person, in your last moments, stunned and regretful that you gave up your guns, and that this—what you never thought the government you trusted would do to you—disbelieving right up to the bang, that this is your fate. The irony is, it may be your gun! You, who would never fire your weapons unless you or your family was in danger, are being delivered to your death by a regime that does not honor the same values—only using them as a mask. Worse yet, your family may be on their knees beside you. Together, we can change this fate for our people. Faith in a false peace is faith in fantasy. It is an illusion that destroys all values eventually, and there are no do-overs once you wake up. Wake up now. Better men wanted to assure that you were not subject to such tyrannical motivations. Honor them by fighting for your rights, in mind, body, and spirit.

“A free people ought not only be armed and disciplined, but they should have sufficient arms and ammunition to maintain a status of independence from any who might attempt to abuse them, which would include their own government.”

So is it time to fight back?

We don’t have to engage in a shooting war at this point, but it’s been time to fight back since objective evidence in any important regard was not acted on. Since profit was chosen as a priority over health. Since quarterly reports were given preference to the safety of children. Since frightening preparations were initiated. Self-made Americans need to recognize that we are in a constant state of war against such influences, and these people must be dealt with harshly. Stand tall and deliver ultimatums, or you are just a beggar. In seeking reforms, offer not only objective evidence and a proper course of action expected, but clear and decisive threats of civil disobedience and immediate follow-through: the corrupt are motivated by nothing less. Boycott specific businesses, one at a time, issue by issue. Boycott industries. Don’t take “NO” for an answer. The People’s posture needs to be “Do the right thing or else”. Force change or be laughed at behind closed doors.

Should civil war come once more in America, it will likely be a result of defaulting on our national debt. Once money dries up for public assistance—sustenance for those who make excuses rather than working for a living—they will begin to openly prey on the honorable working class. Nothing you have will be safe. Crime will skyrocket as they starve. Alternatively, so great a burden will be placed on the middle class that working itself will no longer be a road to prosperity; incentives for a moral life will be extinguished and a new Dark Age will ensue. What can we expect when a great mass is permitted to exist without educations, dimmed and inept to the most basic elements of self-sufficiency? Why should we carry those who are of no use—not to us or themselves—and never intend to be?

If it comes down to a fight, the corrupt rich and the thieving poor have to lose. America is ours. Its laws, its ideals, its Forefathers; all reflect our deepest values—values that run contrary to all the monopolists and do-nothings stand for. Do not go silently into that good night. Do not give up the rich culture we have created and the bright future we deserve.